The Dynamic Duo of Details - BankCherokee Skip to Content

The Dynamic Duo of Details 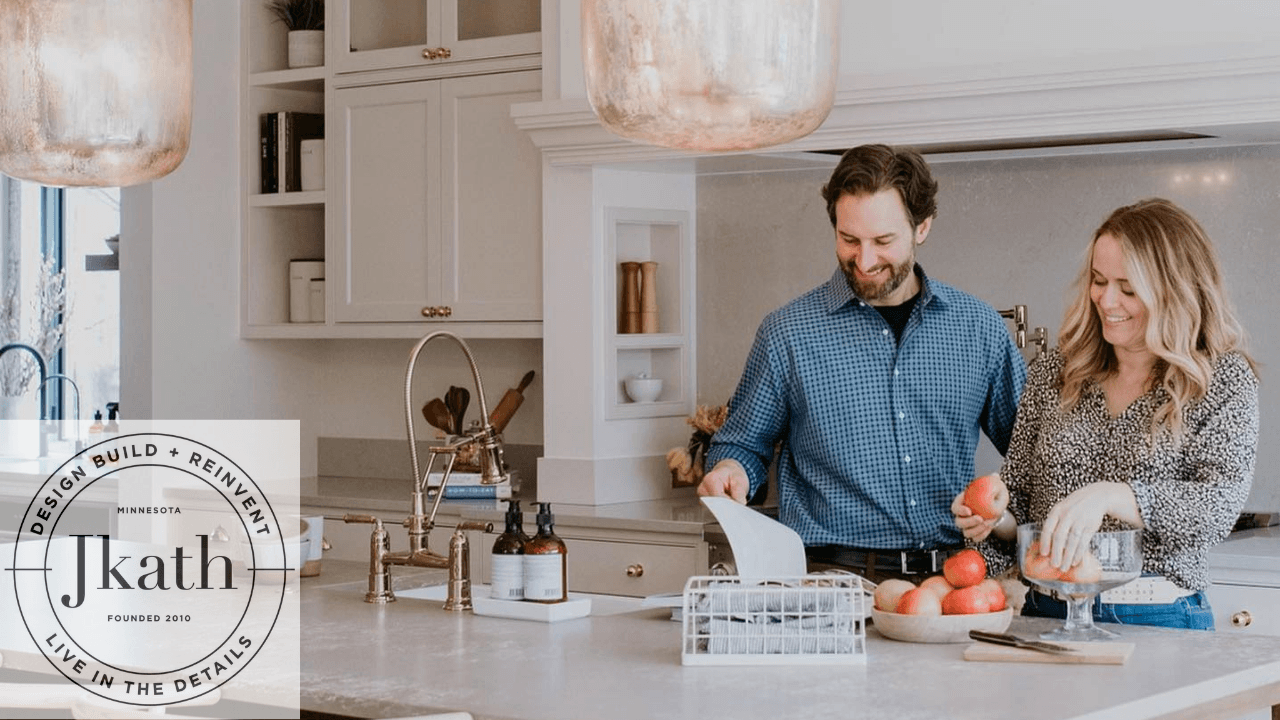 Jesse Kath is not a typical home remodeler and builder. For starters, he’s got an MBA, which is not required in his current profession but is a holdover from his former life as a project manager at General Mills. A self-described doer, Jesse felt restricted in the corporate world. He’s always loved woodworking, using his hands, and the satisfaction of building something beautiful from wood. That love led him to take the leap off the corporate ladder and launch JKath Design Build + Reinvent in 2010.

But what stands out most about Jesse is his passion for the details. Not just in the quality cabinetry JKath has become known for, but in the way an entire project comes together on-site—the finishes, the function, the flow. The way a custom cabinet, hand-crafted in JKath’s shop, perfectly nestles into a space in a vintage home as if it was always meant to be there.

Katie Kath is the shared visionary behind many of those details, which are captured beautifully in the imagery JKath shares on its popular Instagram feed—just one of the many hats she wears. A successful restaurateur for nearly a decade, Katie sold her restaurant and was working as a small business consultant when the couple decided to become partners in JKath in 2014. Katie brings her smarts, marketing savvy, and a fresh perspective that has helped take the business to the next level. Her keen eye for design and the creative side of things makes these two the dynamic duo of details.

The Kaths are intentional about the high-end projects they take on and collaborate closely with their clients throughout the design, renovation and building process. Their hands-on approach means they’re not working on dozens of homes at one time, which has given them the freedom to work on their own projects—investing in rundown real estate in need of their magic touch and renovating it for new owners to appreciate for years to come.

Three years ago, Jesse and Katie self-financed their first rehab project—a 1950s home in Saint Paul, Minnesota—with a solid return on investment. This year, when the couple stumbled upon a 1920s Tudor in the Macalester-Groveland neighborhood in Saint Paul, they decided to explore the less risky route of bank financing. And their goal was to work with a community bank.

“As we continue to grow JKath, we’ve been working to get the best people in place to enhance our business infrastructure—the right attorney, tax accountant, bookkeeper,” Katie explained. “And finding a community banker who cares about our business as much as we do was an important part of that mix.”

The Kaths connected with Andy Gesell, senior vice president and third-generation owner of BankCherokee, who was referred by one of their realtors. Gesell noted he and the bank believed in the project from the get-go. “They’re a well-established business and they’re working to make the communities we serve better,” Gesell said. “The partnership made perfect sense.”

BankCherokee specializes in working with real estate investors like the Kaths who are rehabbing a property to resell. While there are several financing options available, many rehabbers take out a commercial construction and renovation loan to fund their project. This short-term financing can be used to purchase and renovate a non-owner-occupied home.

With funding from BankCherokee, Jesse and Katie are taking on the Tudor renovation they refer to as the “Goodrich Project” and hope to have it on the market by late summer. But for Jesse, this type of partnership goes beyond a bank simply having money to lend. What’s important to him is the relationship.

“Andy is genuinely interested in the business and our process,” Jesse said. “He checks in regularly to see how the rehab is going, lets me know what’s happening in the local real estate market, and trusts us to draw funds when we need to—it’s a true partnership.”

As for the Kaths’ partnership, it’s also a standout. Jesse and Katie are equally matched in talent, drive and work ethic. And they both live in the details. Talent scouts have approached them about TV and other opportunities, but that’s not a path they’ve chosen to pursue. They’re in it for a genuine love of designing and building beautiful and functional spaces.

As a third generation banker and an owner of BankCherokee, I understand first-hand the pride you feel and the challenges you face as a small business owner. I have worked with small businesses for more than 27 years. Helping businesses like yours achieve the success you have worked so hard for is my highest priority. I am committed to helping you reach your full potential by providing the financial support and resources you need.

Dr. Inell Rosario, Owner of Andros ENT & Sleep Center & Andros MedSpa, tells us about her practice & spa and how they emphasize delivering the type of care that they themselves would like to receive. Dr. Rosario also talks about her relationship with BankCherokee and why she chose us and Andy Gesell to be her business banker. Read More 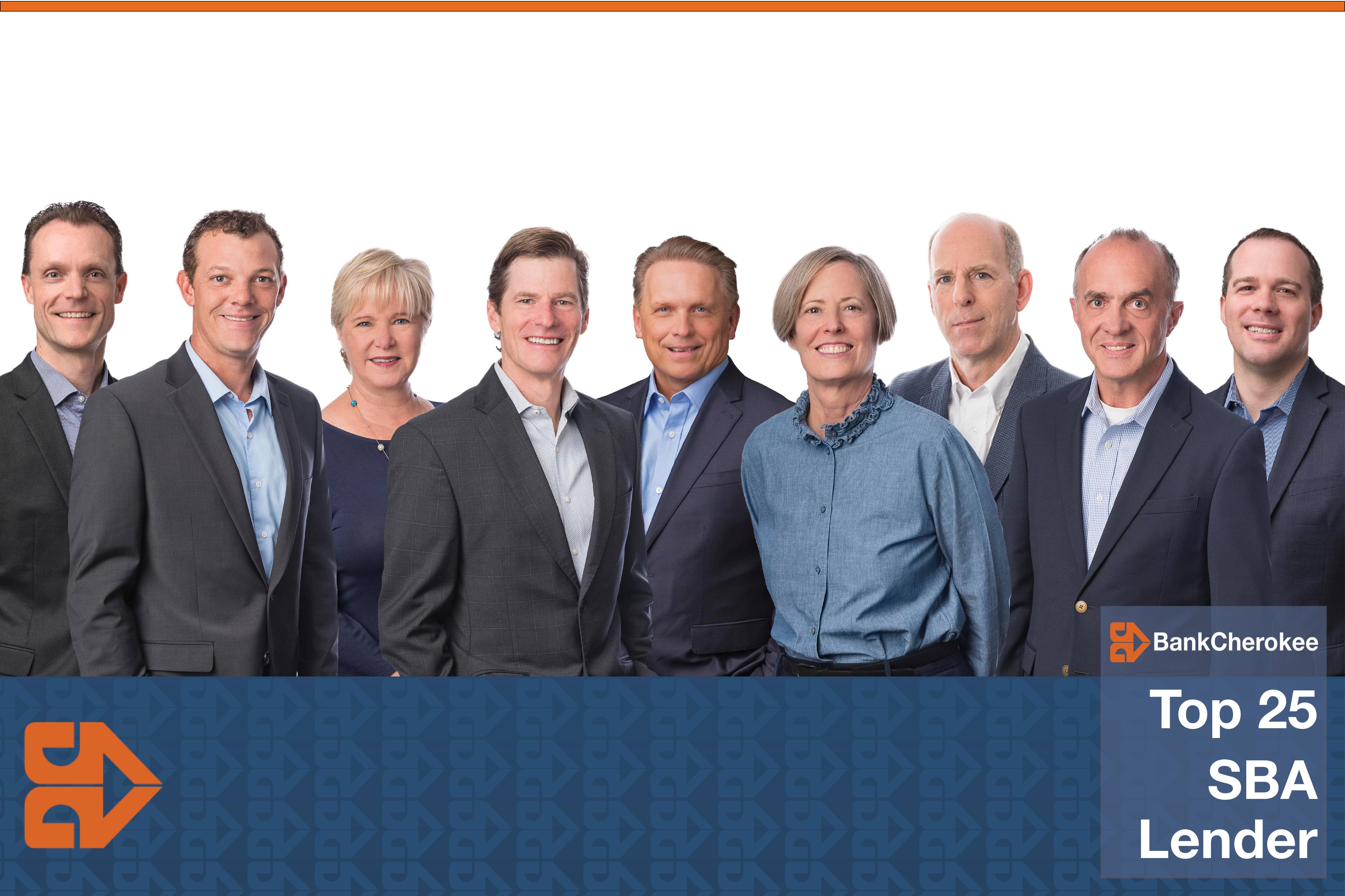